We are as normal as you.

We were raised in America and pursued the American dream.

We went to school, got jobs, went to more school, got better jobs, and bought more things.

We had kids, needed a bigger car, and a bigger house.

We had all the comforts of the American dream and the security of insurance and 401K’s.

One day ALL of that changed.

As my wife Asher sat in our living room in 2010 after the kids were in bed one evening her heart felt very burdened for children the same ages as our own.  She was watching an “afterthought” video clip on a blog.  The video caught her attention because of the funny name it touted; “Jigger Removal.”  Immediately after watching this video her heart was torn apart.  Tears welled up in her eyes and she stared at her computer stunned.  As she leaned in to the silence and peace of our beautiful home in suburbia America her heart was breaking for the mothers she as well as the children.

Did they know how to prevent jiggers?  Did they know how to remove them or did they just have to wait for a team of westerners to come help them in a couple day clinic?  What about the children… the pain they were in looked unbearable.  As tears rolled down their cheeks their mothers embrace was hardly enough, those that had mothers…some had no caregiver available that day.  What about those with no mother, no father?  How her heart broke even more for them!  What if those were my own children?  What if God had chosen for me to be born in a country like Uganda, Kenya, or Ethiopia instead of America?  So that night she left the computer changed and the course of our lives changed with her.

**Filmed in 2011 during the early days of Sole Hope

Over the past four and a half years Sole Hope has grown and formed into what it is today.  Through research trips, clinics, and interviews we realized that the sustainable long term change would not happen unless somebody was on the ground building the program in partnership with Ugandans and local government agencies.

After looking for the “right” person or couple to do this for Sole Hope Asher and I were both aligned in the idea that we felt called to Uganda and the “right” people would be us.  In January 2013 we took a bold and frightening step and moved our family, including our newborn baby to Jinja, Uganda.

Drü and Asher with several children outside of the clinic area  {photo: Marshall Foster}

Jinja is ground zero for the jigger epidemic in the heart of the Busoga region of Eastern Uganda.

Along with our Ugandan staff and volunteers we go into surrounding villages and schools to hold clinic days that include foot-washing, jigger removal, shoe drops, and education.

Asher fitting Sole Hope shoes on a boy with bandaged feet after the jiggers were removed from his feet  {photo: Wynne Elder}

Sole Hope Uganda also employs many local Ugandans not only through the medical programs, but tailors, shoemakers, and staff that work in the Sole Hope compound and with the Guest House in Jinja that helps sustain the work.

Our mission is to love well: Offering HOPE, healthier lives, and freedom from foot-related diseases through education, jobs, and medical relief.

We are so proud and encouraged by our collaboration and support from The Weisberg Family Foundation.  We love their hearts, their message, and the way they run the foundation.  Look for future blog posts about how we are working together to fight the plight of jiggers and give HOPE to children in Uganda.

Want to be a part of helping this mission? Consider participating in our Sole Hope Matching Grant program. 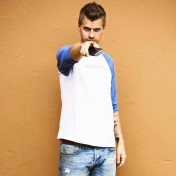 Dru Collie is the Executive Director of Sole Hope living and working in Jinja, Uganda with his wife and founder of Sole Hope, Asher and their four children.

Help us make a difference.

Volunteer Your Time Donate Your Resources Share Our Story